Posted on April 12, 2013 by Sherry Gareis
(remember to fill out the blog update form on the right side of this page OR click the RSS Feed if you like what you see!)

Lindon and I watched a movie last month that absolutely, completely wrecked me. I cannot stop thinking about it. 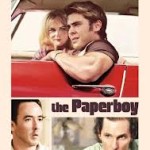 When we rented it, we scanned the cast and it included an impressive list – Matthew McConaughey, John Cusack, Nicole Kidman, Macy Gray and Zac Efron. Okay, so truthfully, I wasn’t so captivated by Efron, but overall, the list was notable. The plot boasted an intriguing storyline – a reporter returns to his hometown to investigate a murder case in hopes of exonerating the convicted death row inmate.

Sounded good to us.

We often check the rating and content description, but for some reason, we skipped it this time. With Zac Efron, really, how bad…as in ‘nasty bad’…could it be?

Hmmmm…..needless to say, we were wrong.

This was, perhaps, the darkest, most sexually twisted movie I’ve ever seen. This isn’t to say the actors and actresses didn’t do a phenomenal job in their respective roles, but my issue is not with their performance, but in the content of their characters. I will NEVER look at John Cusack the same again. Ugh….. Disturbing doesn’t come close to describing the horror of this film.

I really can’t tell you why we didn’t stop it along the way. I wasn’t, by any means, intoxicated by it. I didn’t find it enjoyable nor entertaining, so I can’t explain my commitment to finishing it. Unfortunately I kept watching, and I’m so regretful I did.

When it was over I felt completely slimed…. 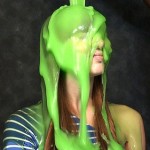 like I needed to scrub myself off in the shower – but my mind needed scrubbing too. How would I accomplish this? Images from the movie were seared in my head and the pit in my stomach ran heavy and deep.

WHAT in the world was my problem? I’m no prude after all!

And then I got even more annoyed with myself.

What’s wrong with being a prude? Why did I feel the need to qualify my level of ‘prudeness’?

Even though I tend to run a consistent midline, what WOULD be wrong in this day and age for someone to have an elevated level of decorum and modesty? Being called a prude in TODAY’S world is never considered a compliment, BUT in years gone by, it was noble to be called such a thing. It indicated someone was wise and full of integrity.

Have we fallen so far from the track that if we show shock or disgust at sexually graphic images and deviant behavior we are a modern day prude? If that’s the case, then label me with a capital ‘P’!

Listen folks, I’m ALL for a healthy, loving sexual relationship with your spouse BUT I feel no guilt about drawing the line when I feel uncomfortable, uneasy or downright disgusted outside of that. If getting older has made me wiser and the reason I’m no longer embarrassed or ashamed to admit what may not be status quo, then I’ll gladly take the years God has given me with a smile and remain true to him AND myself!

Once again, our favorite verse and the whole premise which Action Plan Ministries was built on – Romans 12:2, “Do not be conformed to this world, but be transformed by the renewal of your mind, that by testing you may discern what is the will of God, what is good and acceptable and perfect.” 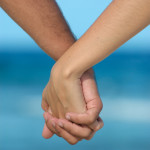 You know the best part of this great reveal? The confirmation that Lindon and I are on exactly the same page. The conversations which have ensued as a result of this particular flick, and a few other lesser offenders prior, have led to a new awareness and game plan for us. Neither one of us wants to hear crude language or watch sexually perverted behavior; neither wants to feel slimed. The critics can rave about this movie, the awards can flow in, but for me and my husband, this is not what guides us. From now on we’re going to be more thoughtful and intentional in our choices, EVEN if we appear prudish to the world. We’d rather watch a PG flick about a dolphin with an injured tail than have our minds infiltrated by the unsavory, immoral and repulsive.

So how do you ‘scrub’ your mind? Declutter whatever is instigating the offense. Do it swiftly and do it now!

Are we alone? Have you had a similar experience? Perhaps a revelation of your own? We’d love to hear about it.