‘But’ seems to be the lead-in for EVERY argument, excuse and exception known to man.

It doesn’t seem that much good comes AFTER a ‘but’.

‘But’ provides a quick defense when making an argument, stating an objection or pleading a case. It’s a comfortable wall to hide behind when feeling insecure or anxious. ‘But’ can be a defense mechanism, a control tactic and a personally debilitating excuse. Here are three examples to consider:

1. Be aware of ‘But’ offenders and abusers. Pay attention to the next ‘discussion’ (AKA argument or disagreement) 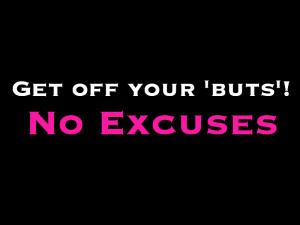 you have or overhear.  Now consider what the discussion would have sounded like if the ‘buts’ were ditched? How much more progressive could the conversation have been if a strong defensive posture was avoided? Sometimes we’re far more consumed with vindicating ourselves than objectively addressing the issue at hand.

3. ‘Buts’ can restrain you from stepping out or conquering something.  Do you hide behind excuses?

We all have moments of apprehension and self-doubt, but do you allow these feelings to hold you back from trying something new, taking a chance, pursuing a dream? If you find this to be a destructive pattern, ditch the ‘but’ and see where it takes you. Remove the opportunity to make excuses and take measures to overcome your insecurity and fear.

Have you ever experienced a time where 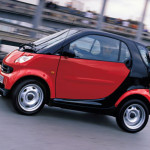 something unknown to you is made known, and then you find yourself noticing it everywhere? For instance, someone points out a new style vehicle that you weren’t aware of and all of a sudden, you see it all over the place. Happens all the time, right?

Well, I’m betting this will be the same for you. Now that we’ve had this conversation, pay attention to the ‘but’ and see how glaringly obvious its use and abuse is.

And if you happen to be the offender, make an effort to ‘ditch the but’ and move on to more meaningful, progressive and positive conversation and decisions. Free yourself from bondage and allow yourself the joy of living boldly; fearlessly.

Does this hit home? Please feel free to share your thoughts on ‘ditching the but’ by commenting below. We look forward to hearing your story or insight!

This entry was posted in Uncategorized and tagged anxious, argument, but, debilitating, decision, doubt, excuses, fear, insecure. Bookmark the permalink.