The Best Ice Cream Cone I Ever Had!

When I was running a single parent household, 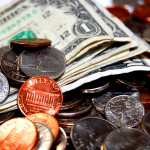 I ran a tight financial ship with few exceptions allowed or even possible. One of my rules was I permitted myself a certain amount of cash each week for spending money, and when the cash ran out, so did my spending. End of story! 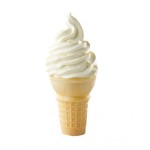 One night I was driving around with my boys, who were about 12 and 14 at the time, and one of them mentioned that ice cream sounded good. I knew I didn’t have any cash, and I was dead set against using my debit card, even if the tab was only going to be a few bucks. A few bucks here and a few bucks there…it all adds up, and I learned it was easier and safer simply not to stray.

I must admit, though, ice cream did sound pretty good on a hot Phoenix summer night.

So what to do?

I told the boys if they could find enough change in my truck for ice cream, we’d get some. You have no idea the madness that ensued!

I pulled into a local drive-in and my boys began to take apart my entire truck. They looked under every mat and cushion, tore apart my glove box, and rummaged through my console. I went on an excavation mission too, digging into the depths of my purse. When we were done, we’d amassed almost $3.00 and hoped it would be enough for three ice cream cones.

After we ordered, we held our breath 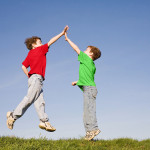 and waited for the total with tax: $2.83! We made it! We started cheering and hootin’ and hollerin’ and high-fiving each other. I’m sure the fast food worker on the other end of the intercom thought we were absolutely nuts, and we felt a little nuts, but we also felt pretty darn good!

Those were the best ice cream cones we ever had. We enjoyed them enormously and didn’t compromise any financial boundaries I had in place. It was nothing short of glorious!

Sometimes the reward is sweeter (pun intended!) when you have to work a little harder for it. Enjoying guilty pleasures while remaining disciplined and responsible removes the guilt and brings extra ‘feel-good’ feelings to whatever you are enjoying.

Don’t be afraid to put rules in place. Instead of seeing them as something which restricts, view rules as a tool to ultimately find greater peace and freedom. Declutter whatever has you in bondage! With a solid effort and some creativity, you can absolutely have your cake and eat it too…literally!

Need help getting started? Visit our FREE GIFTS PAGE for loads of free resources to get you going!

2 Responses to The Best Ice Cream Cone I Ever Had!