There Ain’t Enough Dirt to Keep a Good Hurt Down

Have you ever thought or said any of the above? Most of us have, but how effective is this approach? Not very!

We’ve found that no matter how hard we try to ignore a situation or bury a problem, more often than not, it’ll rise to the surface sooner or later. This creates a double whammy. Not only will the issue come back to haunt you and you’re going to have to deal with it anyway, but while you think the sleeping giant is actually quietly asleep, you’re kidding yourself. Left unaddressed, fallout from the hurt, frustration or bitterness you endured spills over daily into your role as a spouse, parent, child, sibling, friend and co-worker. The only thing sleeping is your common sense! Negative feelings stuffed deep inside influence the decisions you make, the trust you lose, the anger you wield, the sadness that envelops you and the fear you live with.

Sometimes there are words better left unsaid, and occasionally it’s best to pass on a confrontation, but when we suggest it’s ALWAYS advisable to deal with issues, we’re speaking internally – FOR YOU! Burying hurts and negative emotions only breeds more discord and sets the stage for long term grief and heartache.

Whatever the case, ‘Resolve to Resolve’.

Don’t just cover up the pain, but declutter it permanently. This may mean hardcore soul searching, changing previous behaviors, having a conversation with your offender, offering forgiveness, or even counseling, but nothing is worth more than your peace and joy. And remember, not only will you personally benefit, but those around you will as well. 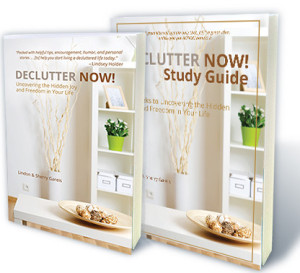