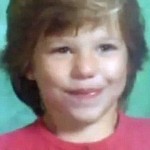 Some of you may remember the young girl we spoke of in Declutter Now! For those of you who aren’t familiar with this precious little girl, Ame Deal was the victim of extensive, ongoing, horrific abuse from family members for the majority of her short life. She died, just shy of her eleventh birthday, at the hands of the people who were supposed to be taking care of her; who were supposed to love her.

After being made to run around and exercise in 103 degree heat for two hours, she was locked, exhausted and sweating profusely, in a 3 x 1 footlocker. This was her punishment for taking a popsicle without permission. She suffocated and died when she was left in this footlocker overnight. She was found in soiled clothes with bruises on her knees from the lid being slammed on her body. Just sharing this with you makes me sick to my stomach and brings me to instant tears. I know Ame isn’t suffering any longer. I try to picture her smiling, sitting at the feet of Jesus, and soaking up an abundance of love and joy for all eternity, but I often digress and think of the lifelong abuse this baby girl suffered. It's completely heart wrenching.

If you want to know a little more of her story, see page 164 of our book. Also, if you google her name and the names of those below, there is quite a bit of information on the web. I will warn you though, the details will break your heart into more pieces than you knew were possible.

I have asked for continued prayers that the people responsible for abusing Ame suffer swift and harsh punishments. I am personally praying they each receive the most severe penalties possible for the heinous crimes they've committed.

Here, to the best of my knowledge, is an update of the individuals involved: 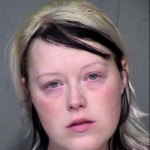 HORRIFIC ABUSE of Ame, but in April of this year, all charges against her were dropped. I don’t even pretend to understand the legal system but needless to say I was disgusted and disappointed. Please pray that no child ever suffers again at the hands of this cruel and heartless individual. 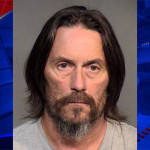 Ame’s ‘father’, David Martin Deal – He is not implicated in her actual death, but has admitted to abusing her on previous occasions. He has just been sentenced to 14 years in prison after pleading guilty to attempted child abuse. Not long enough in my opinion, but at least he’s being put away for some time.

Ame’s aunt and legal guardian, Cynthia Stolzmann – The awful truth about this 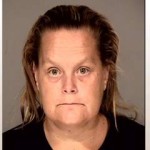 woman is that she was given legal custody of Ame AFTER Ame was taken away from her abusive mother. Basically, Ame was handed over from one abuser to another. It is nauseating beyond all compare. Ame was failed at every level. 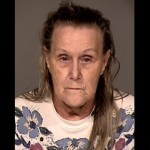 Ame’s grandmother, Judith Deal – She is charged with kidnapping and child abuse.

Both Cynthia Stolzmann and Judith Deal have plead guilty and are scheduled to be sentenced later in July; Cynthia on the 24th and Judith on the 26th. 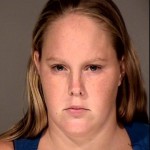 Ame's cousin, Samantha Allen, and her husband, John Allen – They are charged with Ame’s First Degree Murder and the death penalty is being sought. Their trial is scheduled for later this year.

Please do your part. I promise to do mine. And I promise to keep you updated as I am aware of any new developments.

As I was searching for a verse to speak to my heart, I came across Proverbs 24:20, “for the evildoer has no future hope, and the lamp of the wicked will be snuffed out.” This reassured me that while God is a God of love, grace and compassion, he is also a just God who allows provision for consequences; severe consequences. I am comforted by this.

Please share this post so we can gather as much prayer support as possible. It's the least we can do for Ame.

Thanks so much and many blessings to all of you.